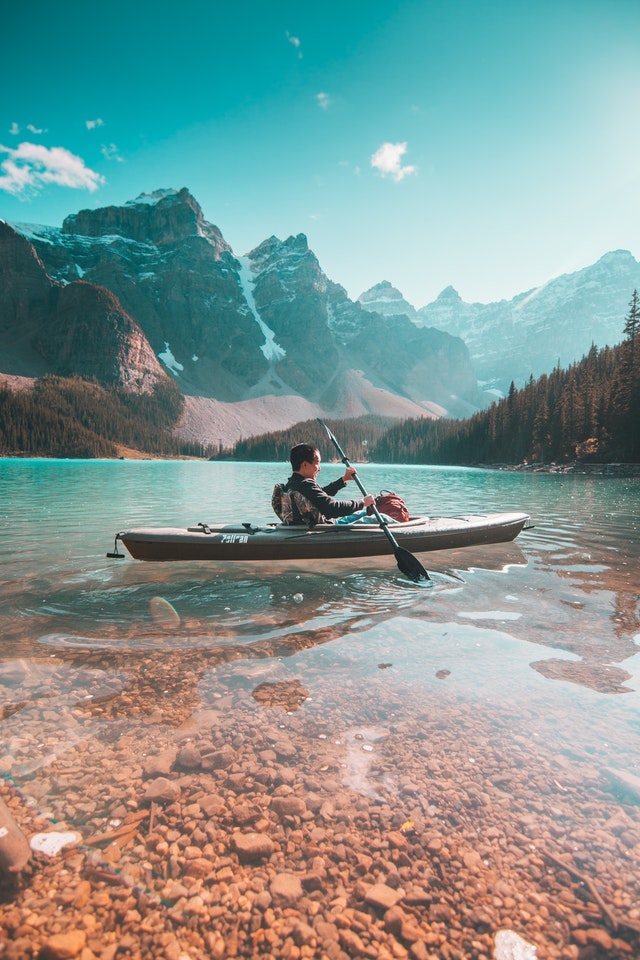 Learning the basics of kayak paddling techniques is a vital part of being safe on the water by giving you the key skills to control where the kayak is moving in the water. Each technique can be used in many different situations, and while some will come very naturally to you such as the forward stroke for example, others will take a bit more practice to get used to and master.

It’s highly satisfying to improve your technique and as you add more types of stroke to your kayaking repertoire you will become more able to take on more adventurous waterways or just enjoy your time on the water that much more.

The Most Important Kayak Paddle Strokes that will give you freedom on the water. These are all the basic and advance strokes that you will ever need to know.

This is the most intuitive and commonly used stroke. Using the basic forward stroke allows you to propel the kayak forwards and is probably the first thing you will try.

First of all sit squarely in the kayak, with your body perpendicular to the side of the kayak and then rotate your torso towards the front of the kayak holding your paddle above the water.

Place the blade of the paddle vertically into the water around the level of your feet towards the front of the kayak.

Once the paddle is in the water, holding it upright with your hand at roughly eye level, pull it towards you down the side of the kayak until it is in line with your hips, mainly using the strength in your torso.

Keep the paddle upright throughout the stroke in order to build up forward momentum.

One you have completed the stroke, take the paddle out of the water and repeat on the other side of the kayak.

Soon you will be moving rapidly through the water!

The reverse stroke can be seen as the opposite stroke of the forwards stroke where by using the back face of the paddle you put the paddle into the water behind you and pull it forwards to your hips perpendicular to the kayak.

Once again you need to keep the paddle upright in a vertical position to the water and use the power of your torso to propel you backwards.

As with the forward stroke you do one on each side of the kayak in turn to keep yourself going in a straight line.

The reverse stroke is also sometimes called ‘back paddling’.

The J-Stroke looks like a letter ‘J’ when you do it on the port side of the kayak, but it’s also known as a ‘hook stroke’. The stroke is similar to the forward stroke except towards the end of the stroke you push the paddle out in a hook or ‘J’ shape while keeping the front face of the paddle flat.

This stroke is especially useful when kayaking with two people and is used to keep the kayak moving in a straight line instead of rotating with each stroke. The stroke is done in reverse by the front kayaker when back paddling for the same reason.

The draw stroke is often used by the kayaker sitting at the back of the boat and is a fast way to steer the boat. The draw stroke can be done on either side of the canoe in the same way.

To do the pry stroke you put your paddle in the water next to the kayak and using the side of the kayak to get leverage you push the paddle outwards from the kayak. This will cause the kayak to turn away from the side where you perform this stroke.

The Push Away  Stroke

This is the reverse of the draw stroke and an alternative to using the pry stroke because instead of using the side of the kayak (the gunwale) to leverage your paddle put it directly into the water vertically and push away from the kayak with the face outwards. This protects the side of your boat from damage and is just as effective as the pry stroke but requires a little more upper body strength.

This is one of the best strokes to use to keep your kayak going forward in a straight line at higher speeds by using the inward pull of the stroke to maintain alignment. To use this stroke you must put the paddle out from the kayak at arms reach and then in an inwardly sweeping motion pull it towards the back and then back behind you. This movement will balance the fact that you are paddling on one side of the kayak. 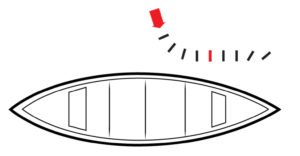 The running pry stroke is used while the kayak is already moving forward. When the kayak is travelling forward you simply put the paddle into the water and leveraging the paddle against the side of the boat you simply push it outwards away from the boat. This is a fantastic method to steer the kayak, much as a rudder would do. 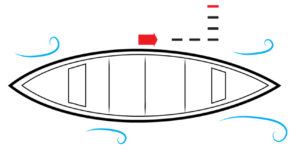 The sweep stroke is a fast way of steering the kayak. You put the paddle into the water in front of your body and then in a wide sweeping motion you pull it around you in a large half circle. This can be done effectively from the front or the back of the boat.

This is the opposite of a sweep stroke. To do the C-stroke you put the paddle at arms reach from the boat and then in a wide sweeping motion you pull the paddle towards you and then sweep it back outwards and away from you. This will turn the kayak quickly to the side of the kayak that you perform it on.

When you are starting out it’s a good idea to become comfortable with the basic strokes so you can safely and confidently move around the water in your kayak and although it can seem a lot to take in at first the good news is that the skills you learn on the basic strokes are always transferable to the more complex and advanced strokes.

From a safety point of view it can also be a good idea to practice new strokes in a controlled environment such as a pool or in the calm waters of a lake but if you stay with it in no time you’ll be mastering even the most advanced kayak paddling techniques! 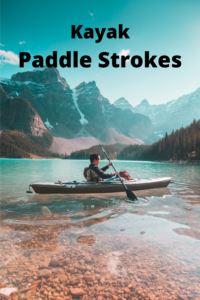 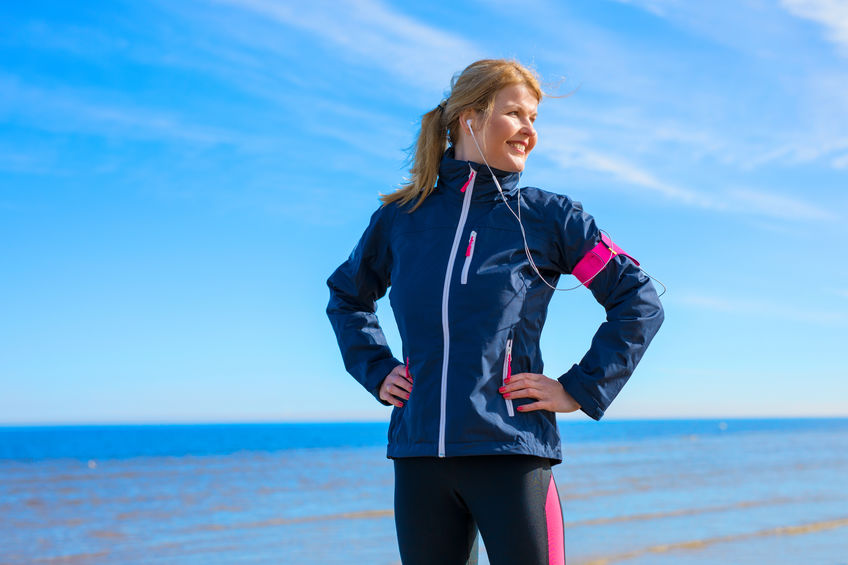